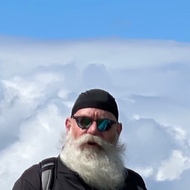 BigUn
Lifestyle • Politics • Travel
A place to talk about music, Bourbon, scoots, and the Full Time RV lifestyle
Interested? Want to learn more about the community?

But the little camper worked hard….
🤣😂🤣😂
We will move it to our place once we get our building built.. 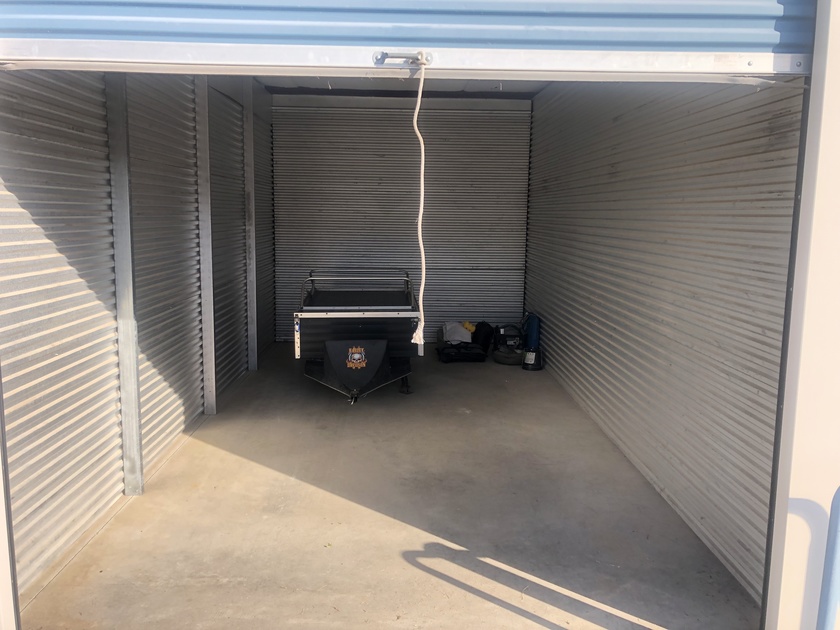 3
View All
0
Reply
Interested? Want to learn more about the community?
What else you may like…
Videos
Podcasts
Posts
Articles

Photos by: Big'un
Music by: Norman Greenbaum/Spirit in the Sky
There are two 'Gnomes' and two meteors.

He goes nuts everytime I walk in the door…😊

I haven’t owned a dog in about seven years…
Our last dog was a 200 lb English Mastiff named ‘Tiny’. After he passed at just under 10 (old for a Mastiff), we decided not to get another because we were going to eventually ‘full time’ like we are.
Fortunately, all four of our children have dogs. Two mutts (Tucker, Maple), a red Husky (Chili),an English Bulldog (Winston the Frakenpuppy, he has no neck) and an English Mastiff (Moe).
So I just borrow theirs…
Everyone including G2 (@GregGutfeld ) and @DaveRubin post pics of their dogs…
I feel left out. 😂🤣😂🤣🤣🤣
So here is ‘Chili the Red Husky’…
Again…😙

L to R
@The_CINC, The Bear, Uno, tiny dancer, UNOs husband (fiancé in this pic), the Prodigal, and myself
December 2008 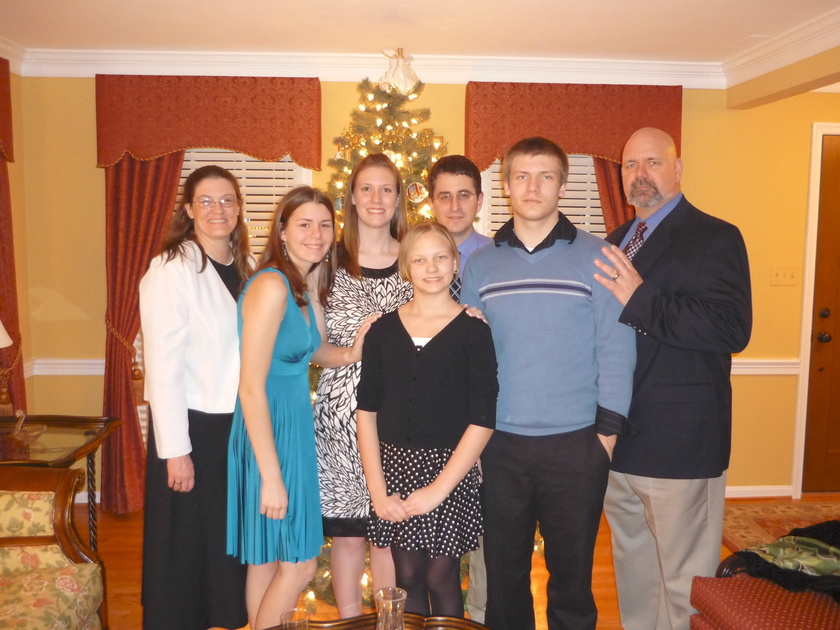 It’s been a while since I posted ‘Clarices Pieces’…

My favorite pull quote:
“There’s even an effort to keep the Twitter application off Apple, and Musk has a plan for that.

I certainly hope it does not come to that, but, yes, if there is no other choice, I will make an alternative phone.”

Do it Elon! I’ll switch in a heartbeat!!!

Its almost the sixth anniversary...

Some of you may have looked at my photos and thought; what young looking handsome man… He couldn't be old enough to retire …

Anyway, I am 60 and I retired at 55 in July of 2017. I was given a retainer for two more months in order to be on call. I couldn’t always get a reliable Internet connection and I can’t take someone’s money for nothing, so I shut that down in Sept 2017…

So you are thinking, what day in July did you retire? I didn’t really retire in July 2017. I quit going to work then…

Life was good for @The_CINC and I.

It was shortly before Christmas 2016. Tiny dancer, our surprise baby was a junior in college. We had a 4K sqft house on 7 acres, 40 miles south of Washington DC. It was our second house in 33 yrs of marriage. We had lived there for over 20 yrs. The final house payment was due Nov 10, 2017.

The CINC was at the highest point you can achieve as a civilian Govt Employee without going into the Senior Executive Service. When she was offered SES, the CINC had gotten to the point at which it would have meant more work, more time away from home, for no more money (because of the pay structure) for at least five to seven years. We also knew we wanted to Retire, so it made no sense to invest the time required for an SES position.

She worked for OSD, DOD, WHS (The office that runs the Pentagon, they are the ‘Landlords’) for 34 years. At one point she ran a division that had a yearly budget of $1 Billion.

She would be eligible to retire in April 2017. We really hadn’t decided what we were going to do. My top-secret NSA/DOD clearance was supposed to be coming through anytime. One of my specialties was encrypted secure communications.

I was a subcontractor for IBM and they were paying $50,000 for my vetting. It had been 2 years because I was a traveling consultant that didn’t associate with my neighbors… I was gone all of the time and I couldn’t see any of them from my house anyway..

Once that clearance came through, I could double or triple my salary which wasn’t small in the first place.

Here we were, at the top of our earning potential, few bills, house almost paid for, kids all gone…

I was in Birmingham AL, working at the US HQ, of a regional US bank that had been acquired by a Spanish bank. I was digitizing and updating their manual and electronic bank and treasury transactions. I had been on this contract for three years. The last 10 months or so I had been mostly remote, working from my lazy boy.

They wanted me to come in for some end of the year meetings and Christmas parties.

I was sitting at my ‘station’, there weren’t really ‘cubes’, just tables with 3-4” dividers that had plugs. It was basically a giant open room, semi closed at each end by meeting rooms. My seat was near the meeting rooms. Behind me to my right was a large opening which led to a spacious elevator lobby.

The bank of elevators were the divider for another large working area. If you really tried, you could easily get 150-200 people in the elevator lobby.

I had just come back from lunch. I was trying to wrap a few things up before heading to the airport. A woman calmly walks behind me and says “Does anybody know first aid?”

I stood up “Excuse me?!?” She pointed to the elevator lobby behind her.

So I walked that way to see what was happening…

I am a trained first responder. I was a police officer at the pentagon and I was a FFX County VA police officer. I am also a trained BSA leader with back country first aid training.

As I entered the elevator lobby I saw an extremely obese man laying partially on his back. A woman by his side rubbing his hand looking concerned. Another man near his feet watching. I looked around, there were about 10 gawkers.

I startled the woman to look at me…

“We have to treat him for shock”

First thing I could think of, get him flat on his back, elevate his feet.

"Go get that footstool"

That gave her something to do and think about.

I looked at the gentleman "Find me something to keep him warm."

I ripped his shirt open, put my head on his chest.

No Breathing, no heartbeat.

I took his pulse at his carotid artery to make sure.

No, pulse, his face was white, blue lips, his eye lids were partially open, his eyes were already clouding over...

He was already dead.

I looked up for a second...

I could hear people sobbing..

Where the hell did they all come from?

So I measured up his sternum, and began compressions..

The first time will gross you out. I broke every bone in his chest away from his sternum. It sounded like I was crushing a bag of potato chips.

Another gentleman, kneeling beside me asked "Shouldn't you do the breaths?"

I was doing this for show. I knew he was dead. I have seen and handled many dead bodies. He was already dead, he wasn't coming back.

I looked over at the decedent's face, my compressions were forcing his lunch out of his mouth.

"Turn his head to the side, sweep his mouth, knock yourself out."

About that time a woman came over with an automatic defibrillator.

As I was giving compressions, I talked her through placement of the electrodes. She was so upset, she couldn't read the instructions.

She placed the electrodes, hit the switch, and audible countdown started from 15. When it got to one, it would send the charge.

I kept doing compressions until the Defib audibly said 'CLEAR', at which time, for some reason , I through my arms up like a touchdown. As soon as the cycle was over, I started compressions again.

I was starting to get winded, when I heard the elevators open and EMTs emerged.

one immediately kneeled across from me and took over.

I simply stood up, and walked away.

I didn't want to be there anymore.

I walked back to my station, and packed my stuff.

I was going to the airport.

As luck would have it..

I followed the gurney down to the lobby, one of the EMTs on the guy's chest still giving compressions.

On the drive to the airport, the shakes hit... I can stay extremely calm in the most stressful situations, but it takes a heavy toll later.

After arriving at my gate, I sat down, my cell phone rang. It was my boss from the bank "I just wanted to let you know that the guy didn't make it."

'I know" I said, "I knew that before I left, thanks for letting me know"

I called @The_CINC and told her everything. I then said "I don't want to die in a cube farm. Let's retire"

The Bank, and my employer tried to do some kind of ceremony for me. I told them not to, it was a dumb idea. If he would have lived it would have been a celebration of his life. He died, there was nothing to be proud of.

That was why they gave me the retainer...

Read full Article
1
View All
0
Reply
See More
Sign Up To BigUn
Sign Up for free to see more from this community or subscribe to BigUn for $2/month to support Bigun for more interaction and exclusive content.
Login Signup
Available Now

Powered by Locals
About Community
BigUn
185 Members
Don’t have a Locals account yet? SIGN UP
I’m already a member Log in
Please keep this window open while your file is uploading...